We helped ESPN build a bold new site exploring the intersection of race, culture, and sports. It’s been a long time coming.

Nearly two years ago, ESPN reached out to Upstatement about an as-yet-unnamed site that would explore the intersection of race, sports, and culture. It was the perfect project — a dream client, a mission we believed in, and an opportunity to build a new product from the ground up.

We’re proud to say the site — now known as The Undefeated — has officially launched. It’s everything we hoped and more. The site is smart and funny, with a unique voice shaped by an all-star cast of writers and editors. It has already published thought-provoking pieces examining one of the most infamous lynchings in American history and thanking Maya Angelou, who inspired the site’s name. It has also positioned itself as a go-to spot for intelligent conversation through the 99 Words feature.

Quite a lot for one week.

But it’s not so surprising when we think back on the design process that brought us here. Although Upstatement joined the project before the full staff had been hired and before a single story had been written, we worked closely with a small team of editors and product managers to establish a clear vision for the site.

With the help of some early writing exercises with the staff, we knew everyone wanted the site to burst with character. So we designed editorial devices (such as the punchy one-two headline combo on teases) to amplify the site’s personality. And we solved a tough community engagement challenge (How do you encourage meaningful conversation around sensitive subjects?) with 99 Words, a feature that re-frames the traditional commenting process.

We’ll have much more to say about the design, development, and branding of the site in a forthcoming case study. But for now, let’s kick back, celebrate the launch, and give a heartfelt thank you to the amazing team at ESPN, who have worked so hard bringing this site to life. 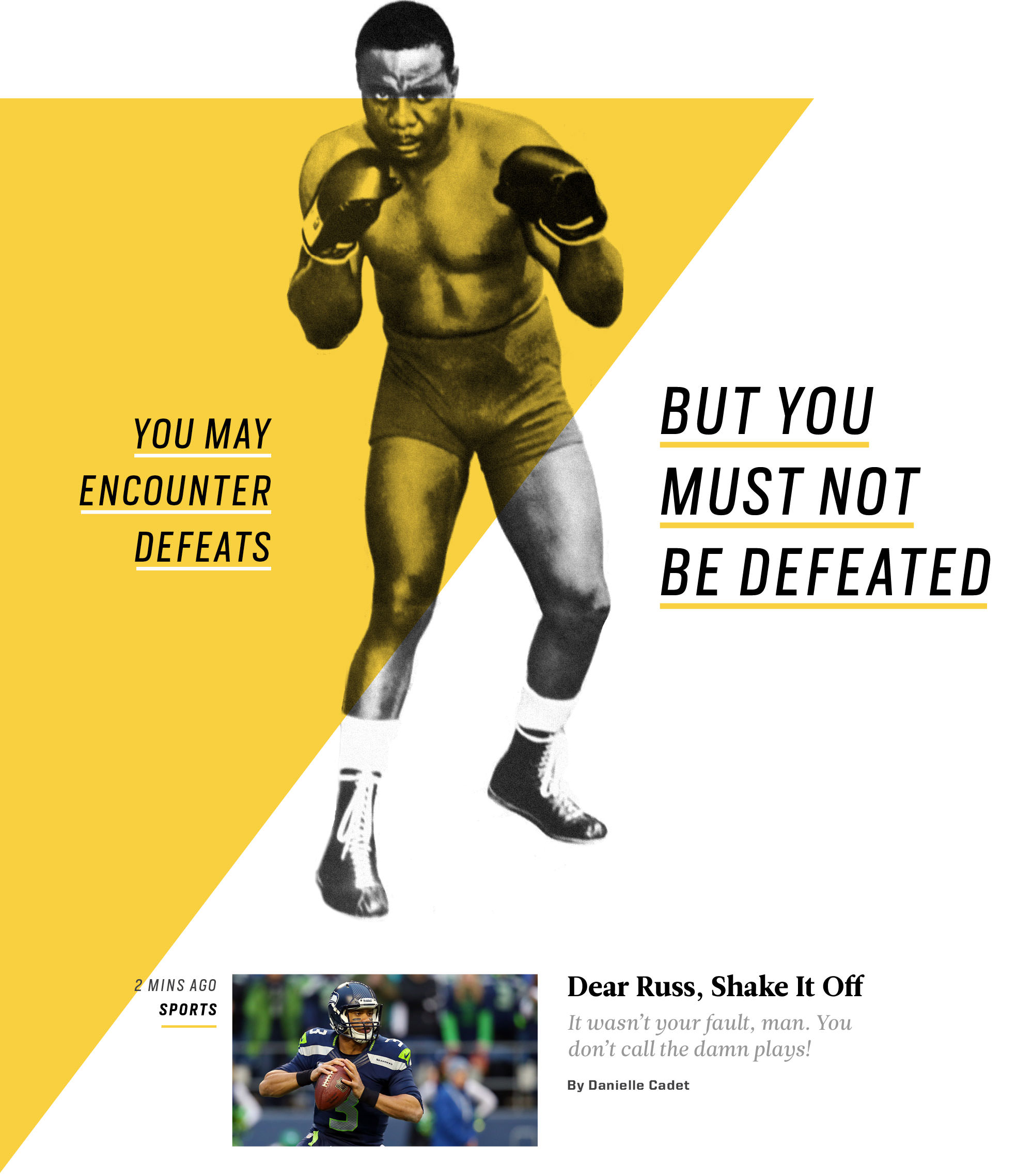 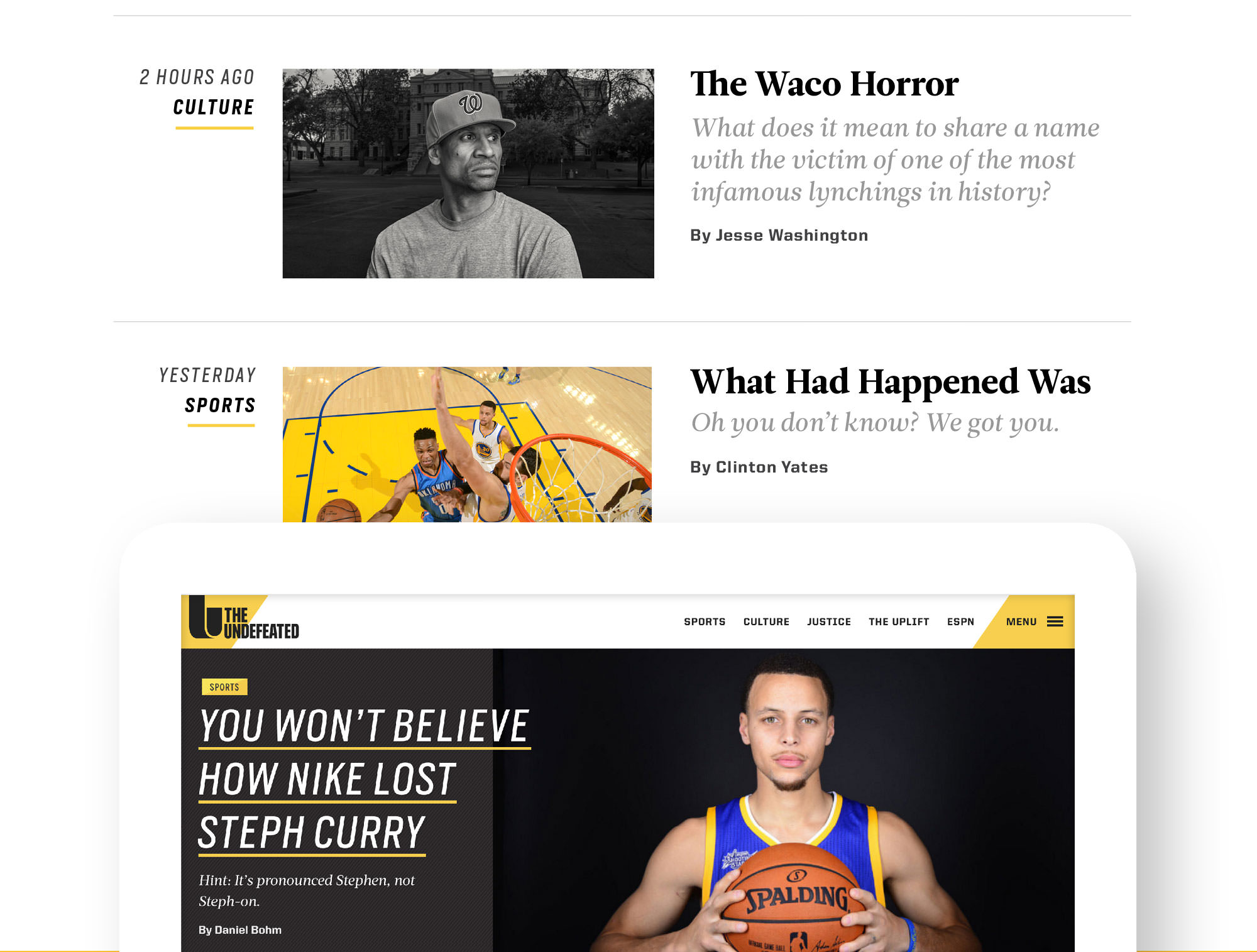 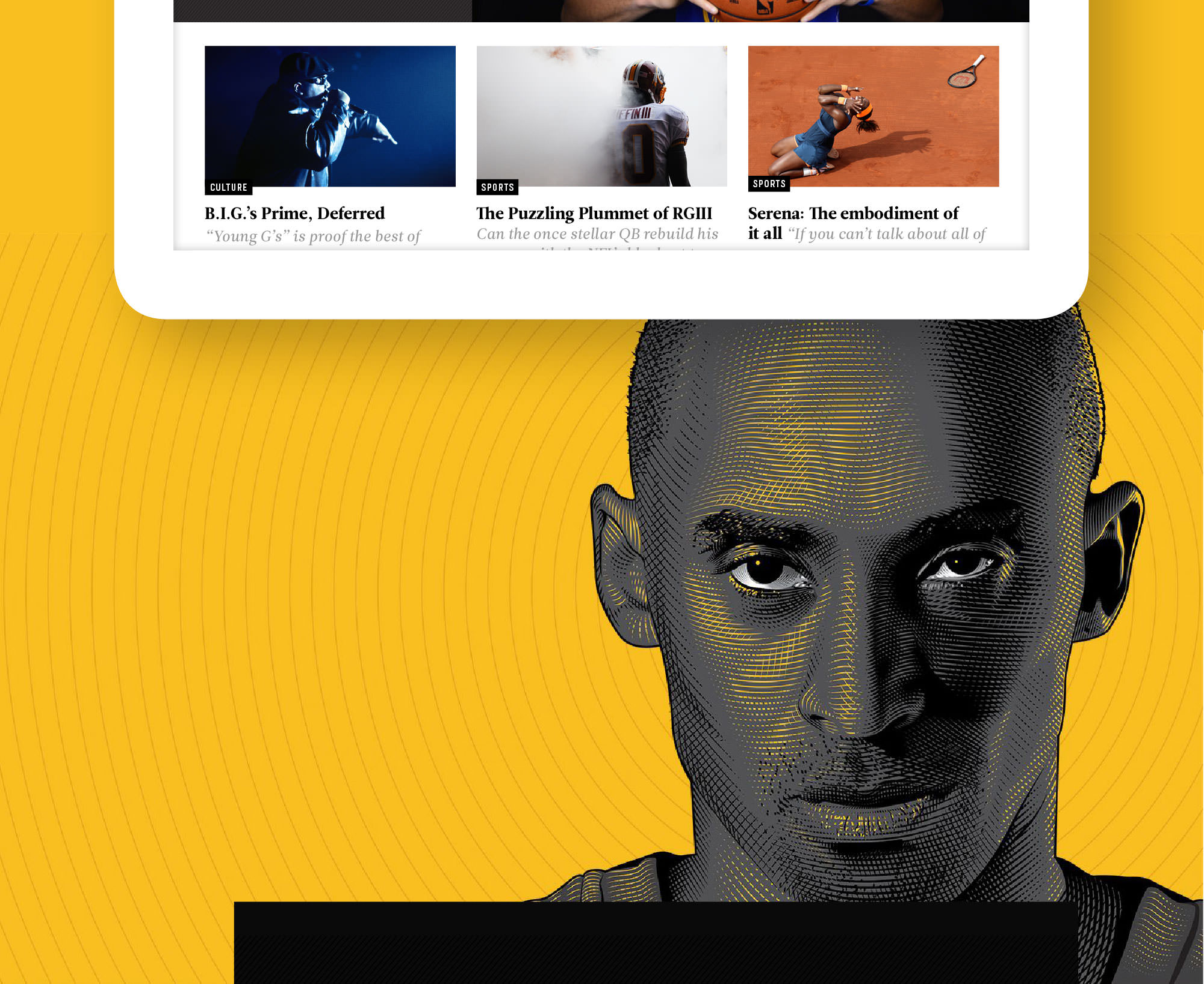 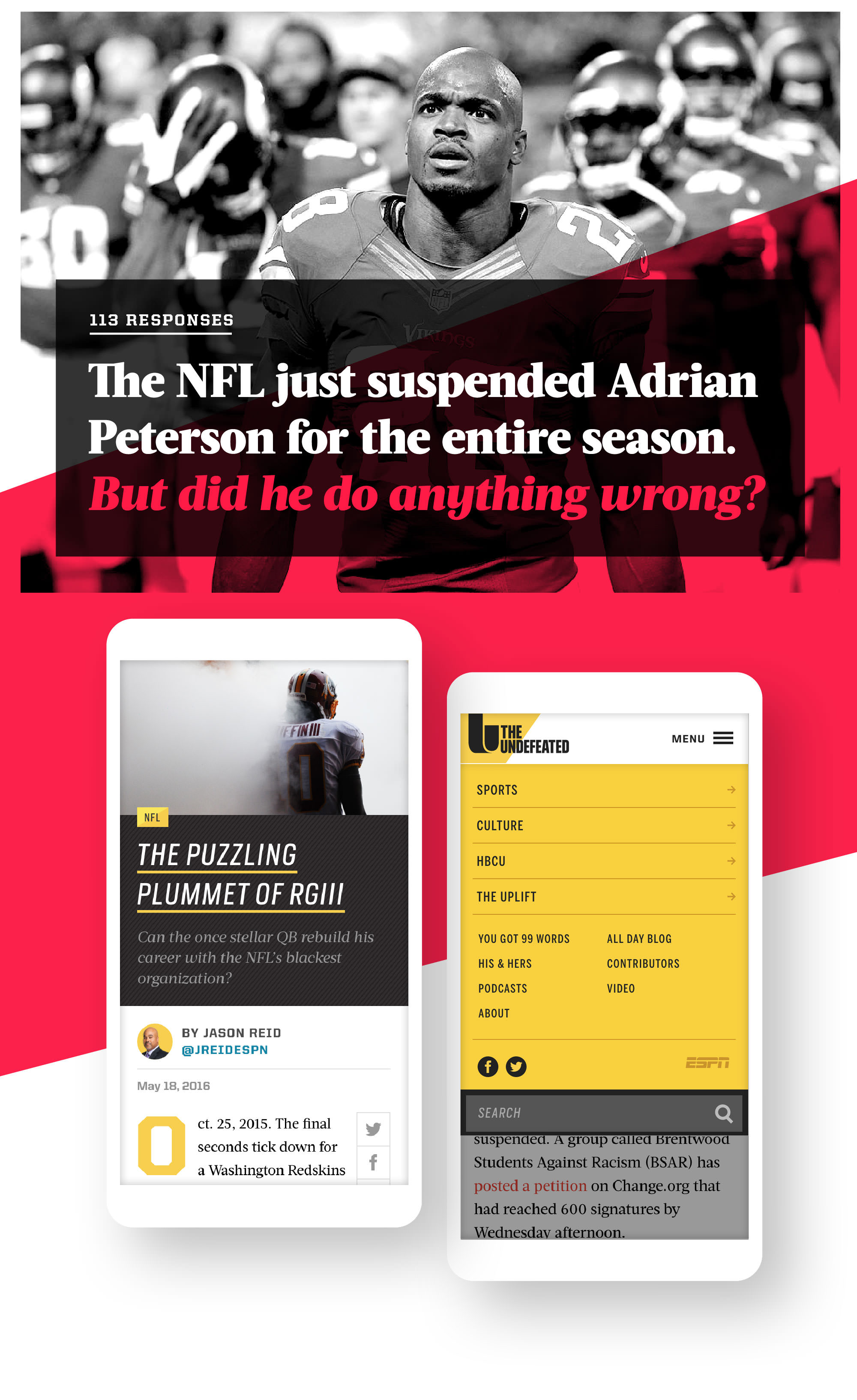